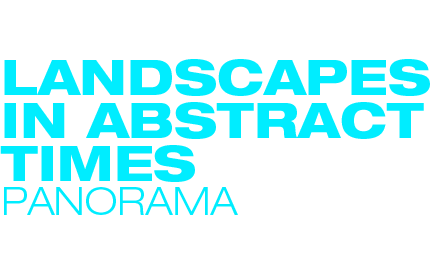 Amid the hustle and bustle of daily life, our view of the world is limited.
Natural and artificial landscapes are an integral part of our existence, but normally we cannot stop to admire and enjoy these horizons.
This session seeks to invoke a new look; that all our attention is focused on contemplating our surroundings and marveling at everything that surrounds us.
From a small stone to the infinite space, we can see all the beauty of the simplest (and most important) things in the Universe. 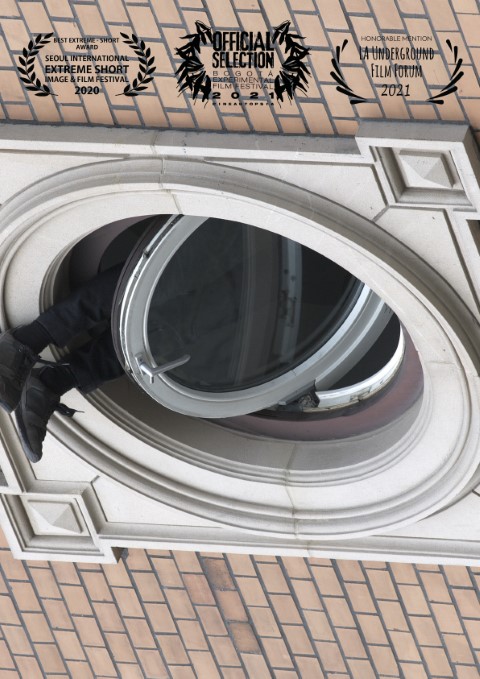 Three successive sequences show the body performatively interacting with the architectural space in an attempt to exhaust the possibilities of movement in space. 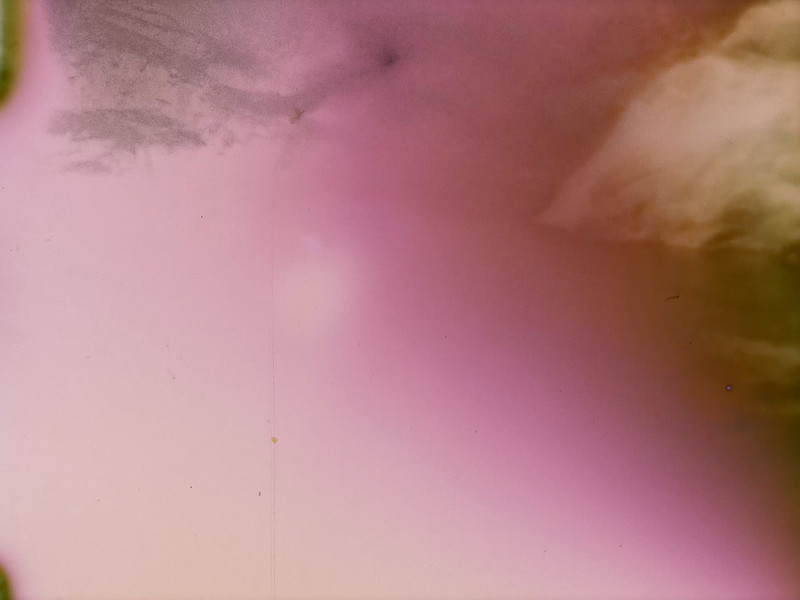 Sunny. Semantic sequences guide the gaze, a gaze that is sometimes raised, propelled downwards, then too high or motionless in front of an unrecognizable and yet so familiar vision. The images, linked by echoes of chromatic palettes and linear layers, scroll to the rhythm of a voice reminiscent of an incantation. Sacred. 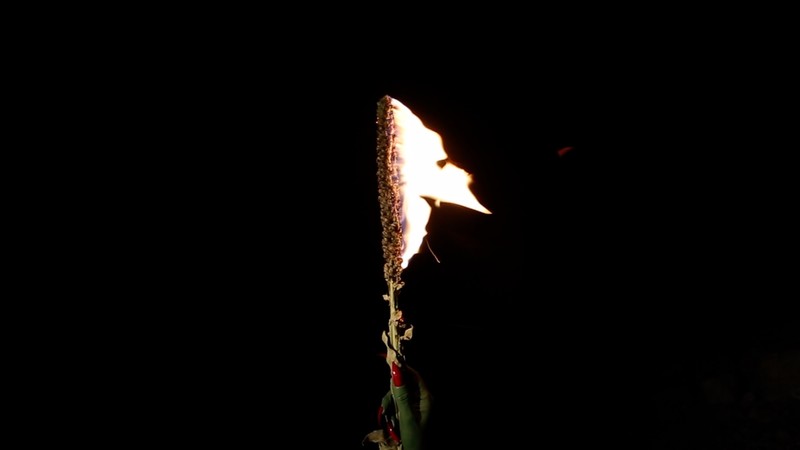 The many names of mullein include hag’s taper, Jupiter’s rod, flannel leaf, velvet plant, felt-wort, tinder plant, candlewick plant, witch’s candle, lady’s foxglove, candlewick plant, torches, cowboy toilet paper, and more. Brought by European settlers to what is now known as Canada over 250 years ago, mullein is native to parts of Europe and Asia. The introduced plant was valued for its medicinal abilities and its use as a fish poison. Today, it is considered a noxious weed in so-called Alberta. Thriving in disturbed areas including former coal mines in the Crowsnest Pass, Alberta, mullein is tied to legacies of settler-colonization and ongoing colonial violence and environmental degradation. From ancient to medieval times, the end of the plant’s stalks was used as torches in Europe. Parts of the plant have also been used for candle and/or lamp wicks. Mullein was used to light gatherings, funerals, and ceremonies. For those working in the dark, including mining prospectors, it provided light in caverns and tunnels. One can imagine witches and healers using mullein as medicine and light source, though the plant may have also been used to burn those accused of witchcraft. This work is part of a series of artworks exploring the past, present, and future of coal mining in what is now known as the Crowsnest Pass, Alberta. Director/Performer: Alana Bartol Camera: Bryce Krynski Sound: Alana Bartol 2020, HDV, 3 min 7 sec Director/Performer: Alana Bartol Camera: Bryce Krynski Sound: Alana Bartol 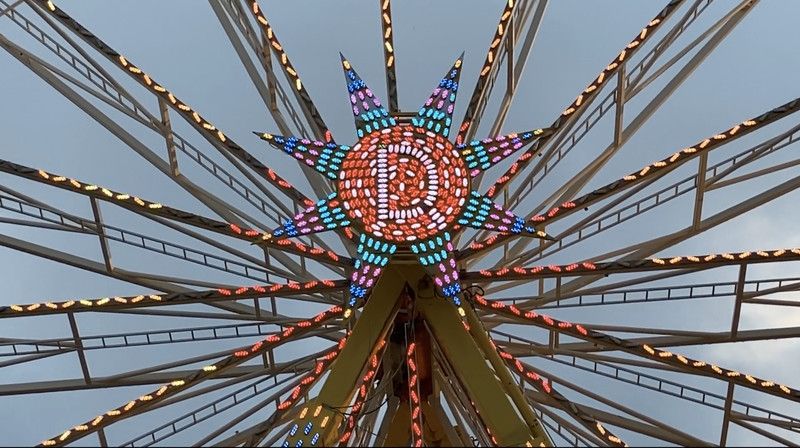 We live in a world surrounded by images and digital objects that we believe can make us happy or satisfy us. But there is a sense of discomfort that perhaps we are aliens in this artificial world. The lyrics of songs from the 1960s are almost prophetic in echoing the feelings of alienation and estrangement we have in this current world dominated by social media, neon lights and visual emoticons. We are deeply digitally connected and very familiar with gadgets, such as smartphones and tablets, but a strange sense of blinds: do we really belong here? 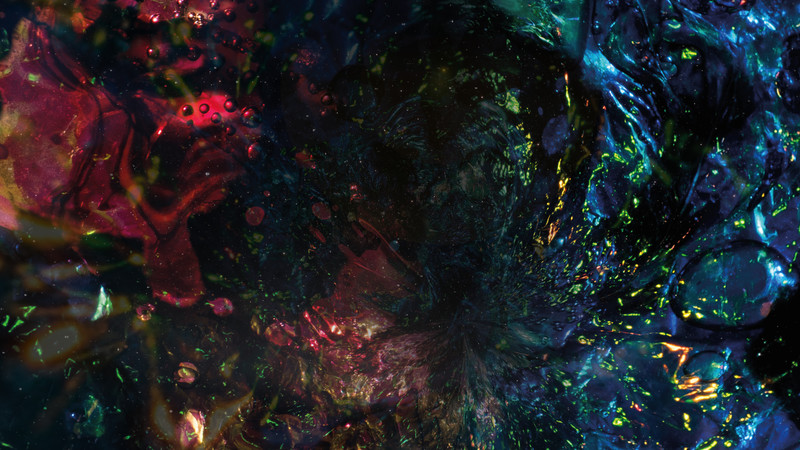 Video art, develops animation techniques and analog textures, to address the universe and the “Quasars”: origin of black holes. The experience is inspired by Carl Sagan’s stories from his book Cosmos and The Theory of Space Time by Stephen Hawkings creating a symbolic relationship between the origin of the Quasars and the evolution of humanity. 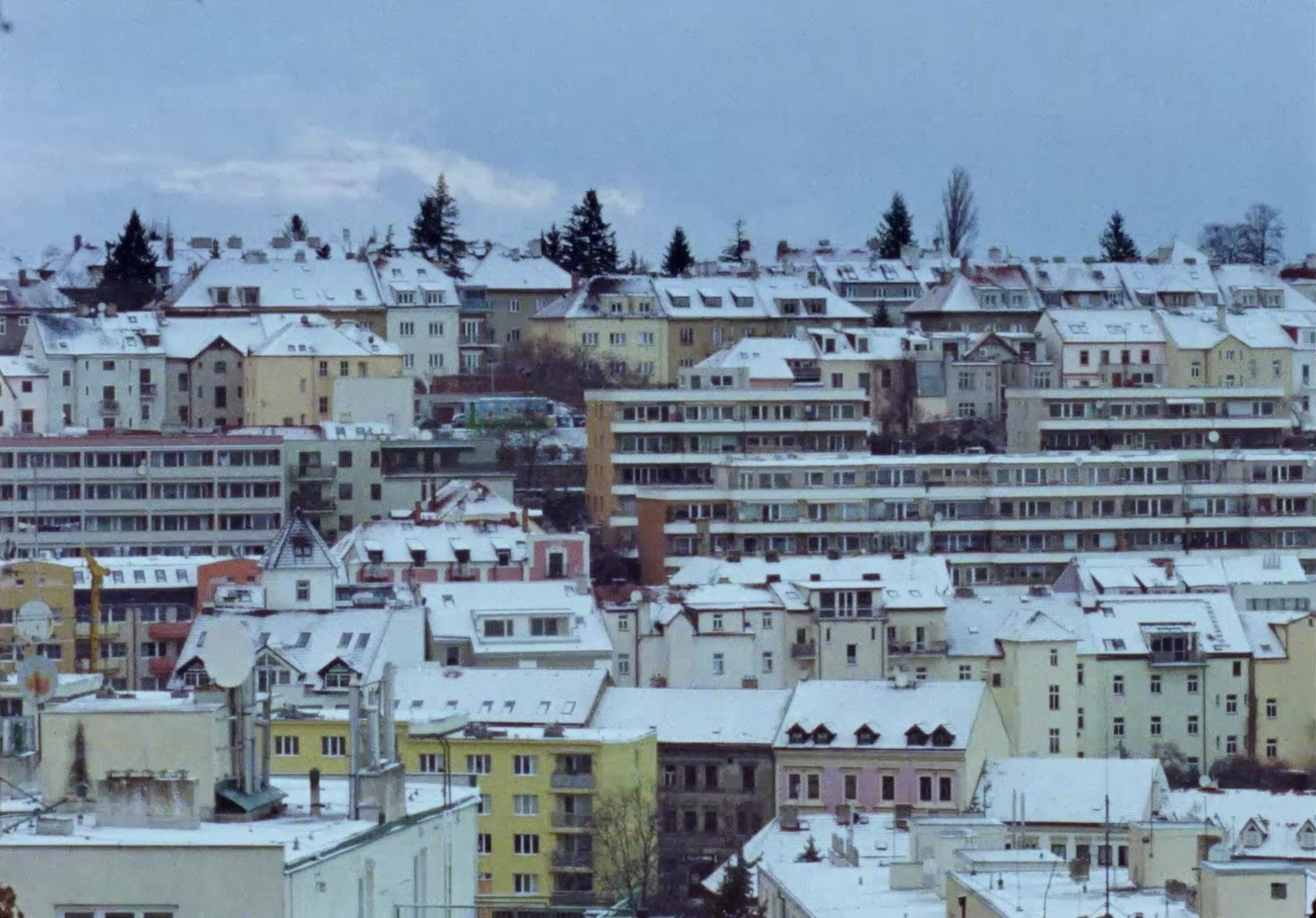 Rhythm of my Town

This film, directed by Jan Rybář, who is also a music composer, draws from the work of the early Dadaists and the genre of city symphonies. Music and film compete for the lead role through an absurd dialog. The picture sometimes serves as a graphic score, other times it is the music that retracts the picture in to unusual convolutions and spasms. In the parts where city symphonies are a celebration of modernity and industrialization, Rybář finds mental frustration and deadening superficiality in the incessant repetition of the same activities. The unusual circumstances, which purposefully define traditional film editing and narration are put together in close cooperation with the musical component in the way a composer composes music. Sometimes it creates the unusual situation of watching a music composition accompanied by film. After a while however, the situation changes and the picture takes back its leading role. 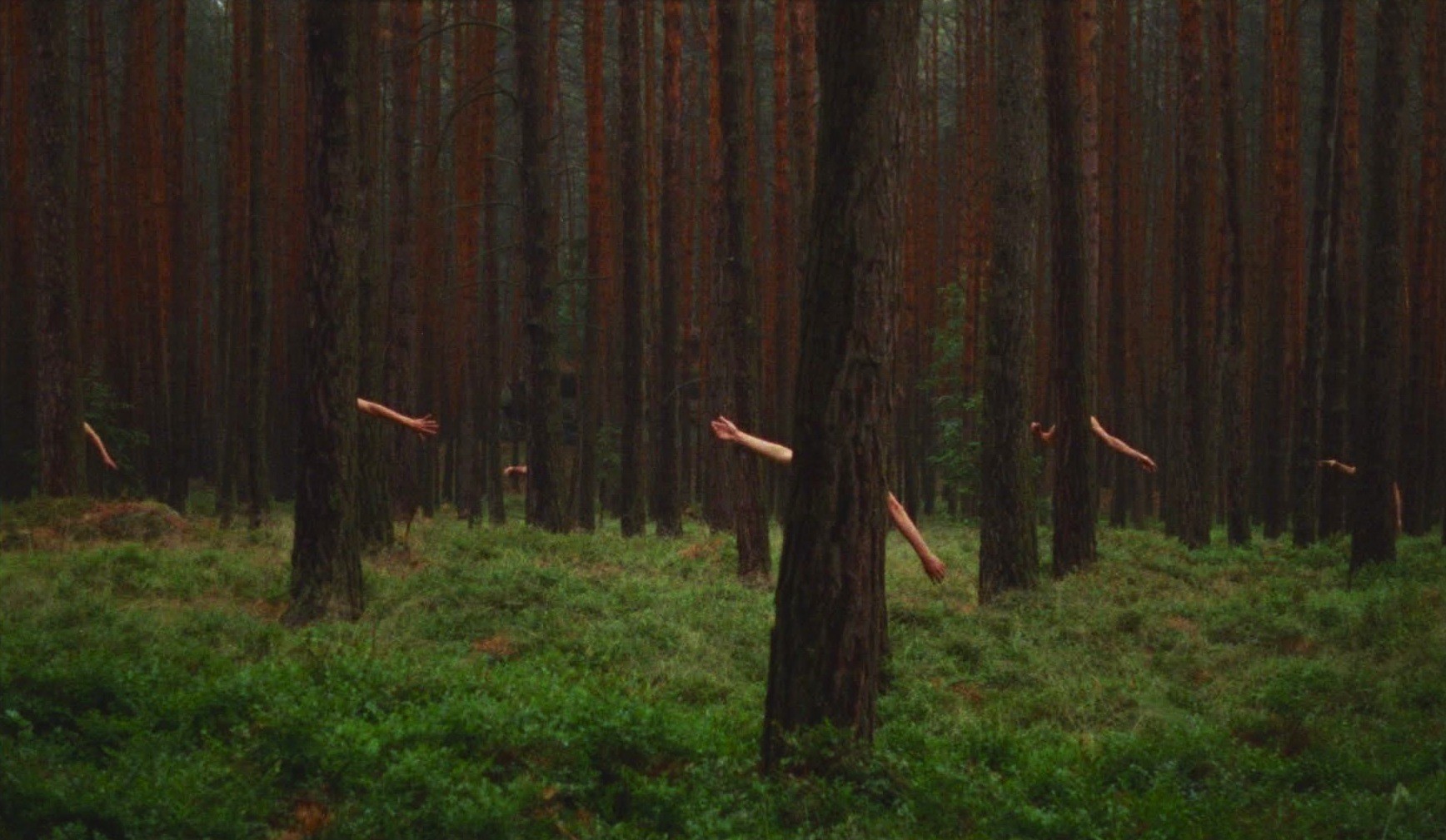 “The old tree resembles a grand bee hive. Secrets can be heard in it’s midst. Names of lands, rivers and ancestors can all be heard in the buzzing of the bees. It trembles with the secrets of speech. (…) It’s time flows slowly and since the dawn of ages, the breath of life has been contained in it. It lives but does not realize that in front of it stands a man quite different from the man 100 years ago. And the man, though it is his first time in this place, has a feeling he has already been there and seen this tree before. He is sure of it, for the knowledge of paths and lands passes from man to man. How else would he recognize the oak that converses with the storm ?” Vladislav Vančura – Pictures from the History of the Czech Nation Svídna is an intuitive reflection on the suspected archetype of mythical Czech-dom, it wanders about, searches and finds the peculiar. On one hand it celebrates the magic of the film process, connected with almost mystical, solipsistic dreaming. This dreaming is grotesquely disrupted, on the other hand, by a series of alienating and opposing moments typical for a diary-like or home-made film. Thanks to this we have a multilayered film, sometimes self-ironical and peculiar, but always playful. 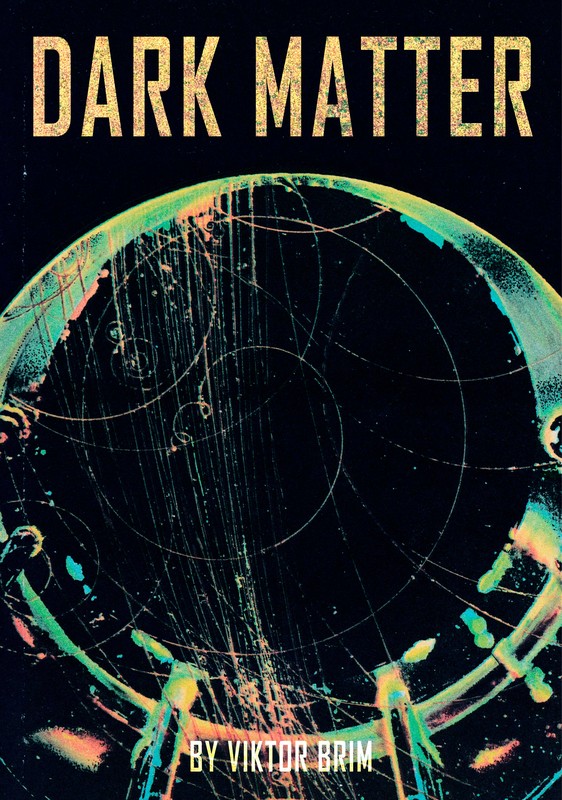 Quiet, dark shots of nocturnal fog, of a mine, a dump truck or a wreck, of huge earth craters and new surface contours created by excavation. Raw material extraction, economisation and exploitation of nature are the themes of this visual study. It’s accompanied by an unobtrusive, but threatening and assertive sound that underlines the mystic quality of the images. Post-industrial landscapes become post-apocalyptic. Borjana Gaković. 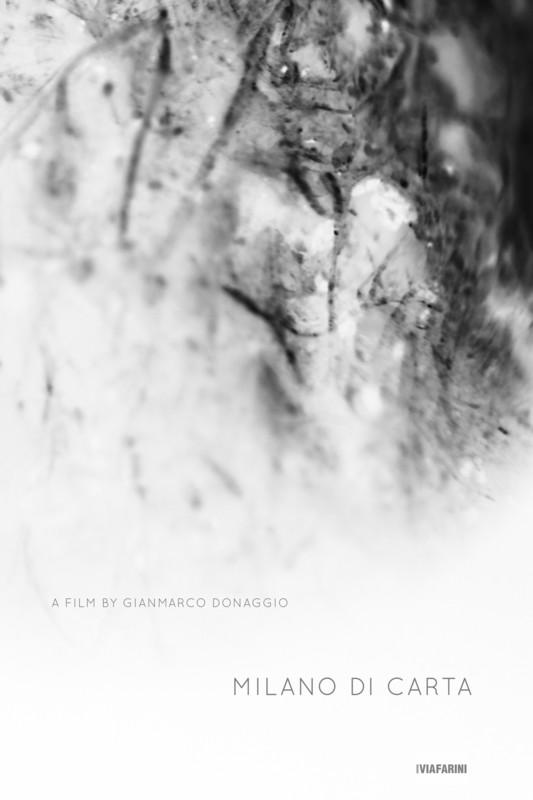 The work has been created for the IAR international video art exhibition at palazzo Fondi in Napoli, and it was filmed and produced at Via Farini – Vir artist in residency in Milano. The film wishes to investigate a potential contemporary condition of suspension in which western-society has fallen into. The artist by assembling a unique optical device has explored the microscopic dimension of billboard paper and projected it back onto its given urban environments. The result is an atmospheric work in which the micro confronts the macro in a sequence of urban projections where by means of juxtaposition of perspectives reality results as partially suspended. 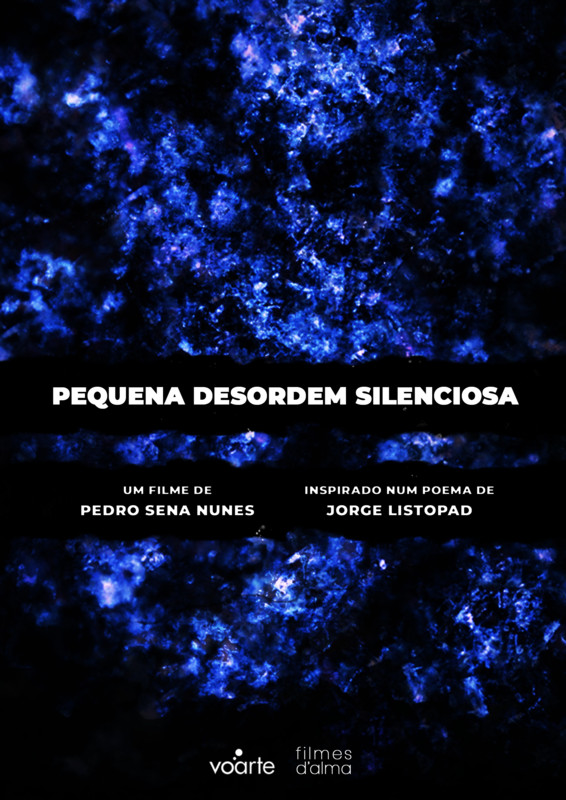 They say that every atheist prays before dying. Small Silent Disorder proposes a dreamlike awareness about where we are and where we are going, a reverberation around the most elementary sensations. A fantasized journey through a collective memory, it is witness to a confrontation between seasons and seems to search, in the midst of desolation, for an autumn that temporarily gives us hope back. 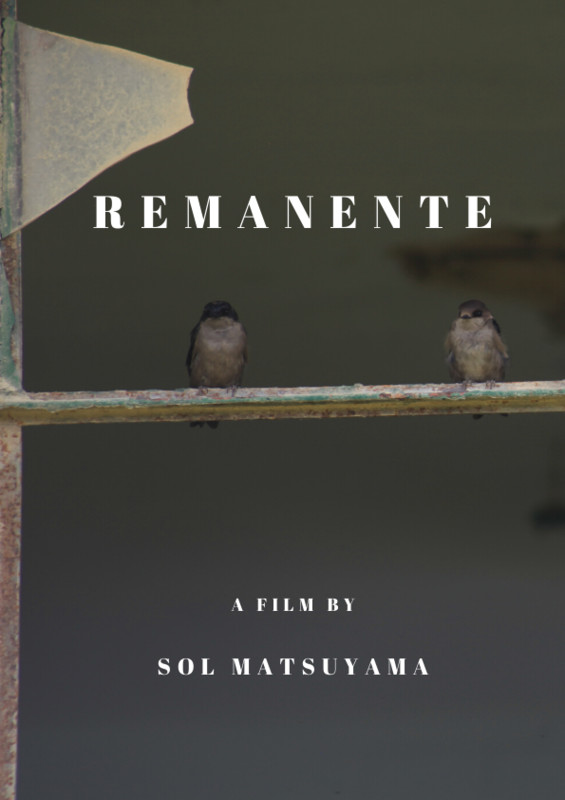 In a city consumed by large constructions, nature gradually tries to find and inhabit its original places.